Record One subtitled “Eaux d’Artifice” is a collection of remixes, obscure B-sides and rarities never before presented in album form.Record Two subtitled “Confessions Of A Four Track Mind” is made up of domestically recorded four-track demo tapes which due to lack of time were never developed further.Although their technical qualities are somewhat dubious, those songs are presented here in their charmingly naive and natural state. Like its predecessor “Permanent Flame”, “The Two-fold Aspect of Everything” is a further component in the Cocteau Collectors series of recordings. 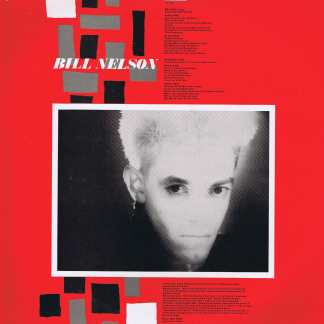 You're viewing: Bill Nelson – The two-fold aspect of everything – JC 10 – LP Vinyl Record
Buy on Amazon
This site uses cookies: Find out more.