A good record collection is serious business. It must span decades and genres, constantly evolving as you and your tastes do. Like round vinyl snowflakes, no two collections are the same, nor should they ever be. But there are some records that anyone daring to call themselves “a collector” should not be caught dead not having on their shelves or in their milk crates. And there is a number one record that any serious collection should include, the one that stands out above all others as mandatory. The record that separates the “collectors” from the “people who have records.” It is, of course, the Beatles‘ 1967 masterpiece Sgt. Pepper’s Lonely Hearts Club Band, the psychedelic, semi-concept album that cemented the Beatles as the most important and influential band in the world.

From first glance Sgt. Pepper stands out as special. It’s colorful, cast-of-characters sleeve naturally draws people to it. The cover features the four Beatles, sporting mustaches for the first time, dressed like the neon-generals of a psychedelic army, surrounded by cardboard cut-outs of celebrities like Bob Dylan, Marlon Brando, and Marilyn Monroe. It’s the kind of album cover that demands people hear what’s inside. And what is inside is what really matters.

Recorded between the winter of 1966 and spring of 1967, Sgt. Pepper’s immediately stood out as different from anything done before. Taking the new psychedelic genre and pop music in general to places it had never been before. With the Beatles officially retiring from touring in 1966, they decided to put all their efforts into their studio work. Along with the help of their long-time producer George Martin, the Beatles started their most ambitious and expensive album to date. At the time of the album’s recording, the Fab Four were in the midst of their experimenting with psychedelic drugs such as LSD. From this mind-altering state, Paul McCartney developed the idea of creating a concept album revolving around the fictional Sgt. Pepper’s Band made up of the Beatles’ alter-egos. Although this concept album was eventually scrapped as none of John Lennon’s songs fit this concept, the idea can still be heard in the unique album-opening that sounds like a house band warming up and starting a show which turns into the power-chord driven “Sgt. Pepper’s Lonely Hearts Club Band.” This then blends into one of drummer Ringo’s best vocal performances ever in “With A Little Help From My Friends.”

From there it is John Lennon’s turn to take the wheel as he delivers one of his most imaginative and trippy lyrical performances to date with “Lucy In The Sky with Diamonds.” Supposedly inspired from a drawing his son made, Lennon brings to life “tangerine trees and marmalade skies” showing how much he evolved as a writer since “I Want to Hold Your Hand” a few years before.

Throughout the album, songs like “Fixing a Hole” and “She’s Leaving Home” show how the Beatles transformed the studio into its own instrument. Utilizing orchestras and George Martin’s classical expertise to deliver high quality and interesting work. Lennon closes out side-one with the eerie end-of-the-world circus show “Being For The Benefit Of Mr. Kite.”

Side two of the album starts with a complete 180 from everything that precedes it. From the guitars, organs, and orchestras of side one comes something totally different. George Harrison, who was heavily inspired by Hindu culture, starts the album with his sitar and an arrangement of classical Hindi instruments in “Within You Without You.” After this the album again turns you on your head, delivering McCartney’s ragtime styled “When I’m Sixty-Four.” “Lovely Rita” and “Good Morning” the latter inspired from a cereal jingle Lennon heard and turned into song, are enjoyable solid tracks.

After which the concept album reemerges with a show ending reprise of the first track “Sgt. Pepper’s Lonely Hearts Club Band.” And right when you think the album is done, already left speechless, the Beatles pull out what many would say is one of their best songs ever written, “A Day In The Life.” The song is a mash-up of four terrific Lennon choruses and a middle part by McCartney. It ends in an orchestra crescendo that seems to take all the characters from the sleeve and songs and brings them to a whirling fantastical end. All said, it is one of the best albums ever made. It became the soundtrack of the summer of love, and still inspires musicians to this day. Much like a good record collection, it transcends genres and always leaves you satisfied.

It is the foundation stone that a serious record collection should be built around. And luckily, because it is one of the highest-selling albums of all time, you can have in your collection very easily, so don’t waste another moment.

Paul McCartney died in a car crash in 1966 and was secretly replaced in the Beatles by lookalike Billy Shears (apparently). Throughout the second half of the 1960’s there were many clues discovered leading to intense speculation. Beatles fans the world over meticulously scoured The Beatles album covers and songs to discover the truth surrounding the death of Paul McCartney. Let’s look at some of the evidence… 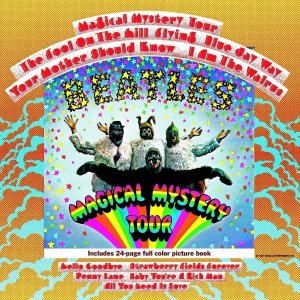 At the end of Strawberry Fields Forever, John Lennon can be heard in the runout saying ‘I buried Paul’. Some people counter this saying he’s actually saying ‘Cranberry Sauce’. If you listen carefully to the version on Anthology 2 it also sounds like ‘I’m very tall’. Have a listen yourself and make your own mind up. Strawberry Fields Forever was originally released as a single but was later available on Magical Mystery Tour.

There are a number of visual aspects to the cover and booklet within the Magical Mystery Tour EP that led to speculation. Some of them may be pretty tenuous but here goes…

The word ‘Beatles’ is spelled out using stars on the cover. If you look at this backward and think of it as numbers, you get ‘2317438’, which was said to be the number of a London mortuary. Some people claimed to have dialed the number and received a message saying “you’re getting closer”.

On the cover, there are four walrusses. Obviously, the top three are John, George, and Ringo. Paul is the black walrus as Paul is dead. This is further backed up inside the cover, in the picture where the Beatles are wearing white suits, Paul is wearing a black carnation, the rest of the band are wearing red carnations.

At the end of the song ‘I Am The Walrus’ you can hear the words “O, untimely death!”, taken from Shakespeare’s King Lear. The lyrics also confirm that ‘The Walrus Was Paul’, so there you have it! 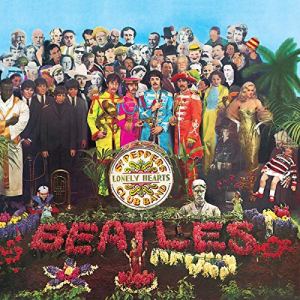 According to ‘A Day In The Life’, he blew his mind out in a car, he didn’t notice that the lights had changed. A crowd of people stood and stared, they’d seen his face before. In ‘Lovely Rita’, he took her home, he nearly made it. In ‘Godd Morning, Good Morning’ there was nothing to do to save his life. Sgt. Pepper also introduced the world to Billy Shears.

The cover of Sgt. Pepper shows The Beatles, along with their heroes and other cultural icons stood over a grave.

On the inner gatefold of the Sgt Pepper album Paul has his back to the camera to hide his identity. This has been discussed widely as being symbolic of death. 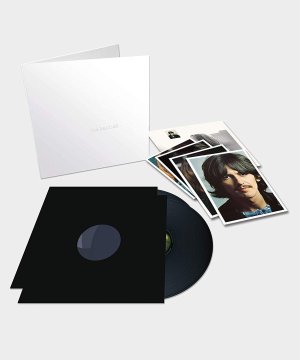 If you listen to Revolution No. 9 from the White Album backward you can hear ‘Turn me on, dead man… Turn me on, dead man’. The track is also decidedly creepy, with crash sounds, screaming, crying, very disturbing, especially to an audience in 1968. 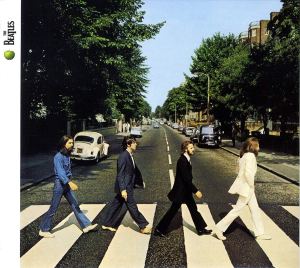 The cover of Abbey Road can be interpreted as depicting a funeral procession, with each Beatle having their own role to play. John Lennon leads the pack, dressed in a white suit, as the priest. Ringo follows behind as the undertaker, dressed in black. The left-handed Paul McCartney follows behind, holding a cigarette in his right-hand, indicating that this was an imposter playing the role of Paul. Paul also doesn’t wear shoes, he doesn’t need them because he’s dead. Paul is also walking out of step with the rest of the group, right foot first. George Harrison, in his workman’s denim, completes the procession as the gravedigger.